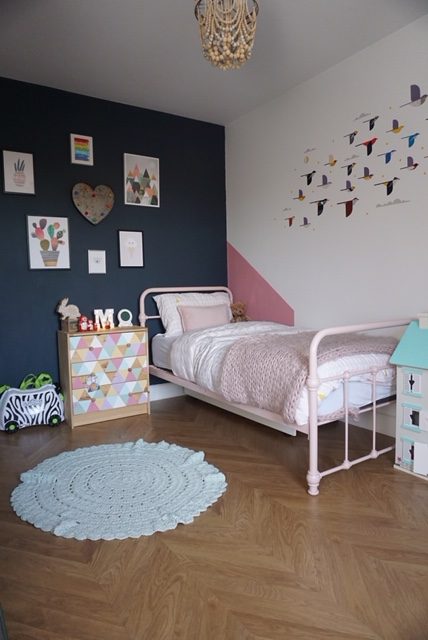 We have wanted to change the flooring in our 3 year-olds bedroom for ages. The carpet was already down when we moved in and although it’s neutral and pretty unassuming, it’s grubby and attracts all the fluff that comes along with a toddler!

We thought about pulling up the carpet to reveal the original floorboards as we have in our master bedroom (read about that here) but the issue is the gaps between the boards. Matilda is mischievous and gets great pleasure posting money, sim cards, Lego and whatever else she can jam into the gaps.

The reviews on the B&Q website were pretty awful to be honest. Everyone saying it’s an absolute pig to lay. We asked on our Instagram stories what others experiences were and actually the comments came back 90% positive. We thought we would give it a shot and share our experience with you.

The room we were laying in is a relatively simple shape, which I think made this project less stressful. It’s 12×12 and the only areas that would require extra cutting is around the radiator pipes and the hearth to the fireplace.

Each plank is 1184mm (1.18m), 293.4mm width and 12mm thickness and there are 4 planks in each pack. They are made from responsibly sourced forest timber and have an embossed texture to add to the real texture and feel. Each pack is priced at £25.02 and we used 10 packs at a cost of £250. We also purchased underlay and beading to go around the edges and hearth tiles.

You need to remove old carpet and underlay first of all. Lift up any carpet grip bars and check over the floor for staples or screws and remove as necessary. 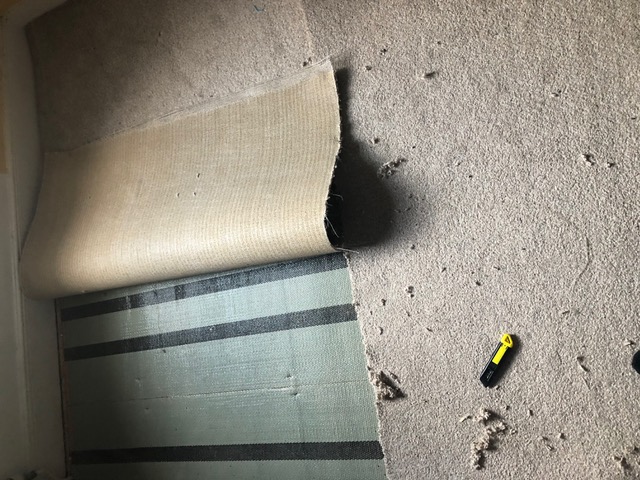 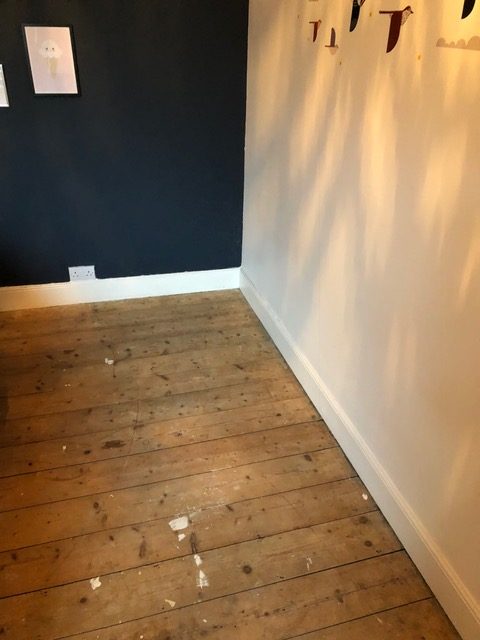 Roll out and cut the new underlay to size. There are different types of underlay depending on the price you want to pay or the room you are laying it in. 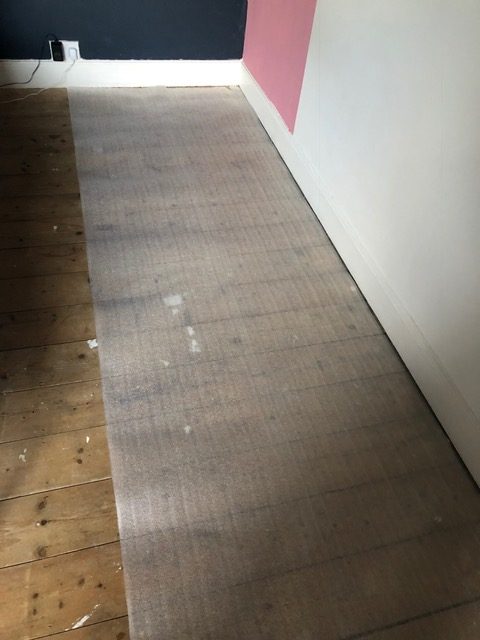 When you’re ready to get laying down your planks pick an easy corner to start in. You ideally want a nice straight wall to begin with. 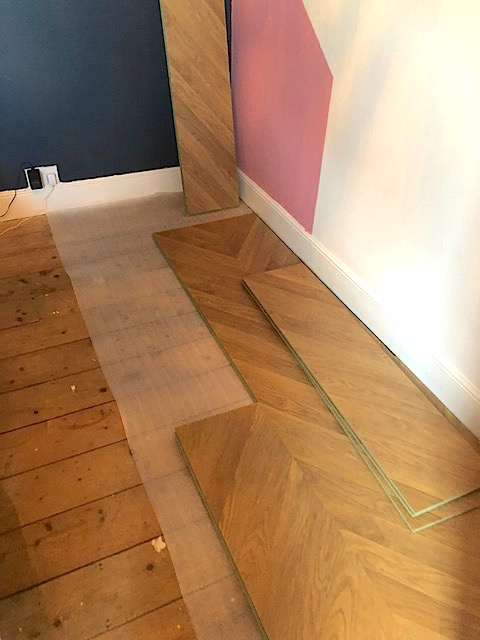 With this style of Herringbone laminate you need to be aware of how the pattern runs and have a practice lay out of your first section. You ideally need to make sure you don’t have any small slithers to cut at the end if possible as they are tricky to fit as they tend to lift at the edges.

Laying the floor is similar to any laminate style floor. The planks kind of lock into each other by tilting the tongue into the groove and then laying flat. Don’t forget to leave a 10ml gap at the edges of the room to allow for expansion. This will be covered up by beading anyway. 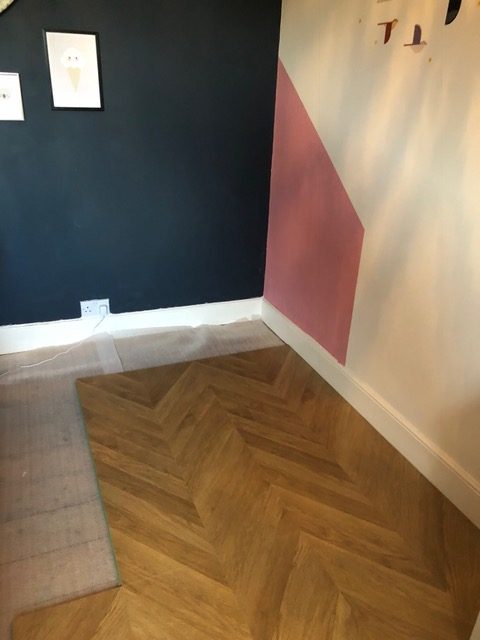 Repeat this pattern across the room. You’ll find you may have to cut the last lot of boards in half to fit your room size but just make sure the pattern still runs the same direction. You can see from the previous photograph that we laid the bulk of the flooring and then cut the pieces to fit near the wall once we knew how it would need to be cut. 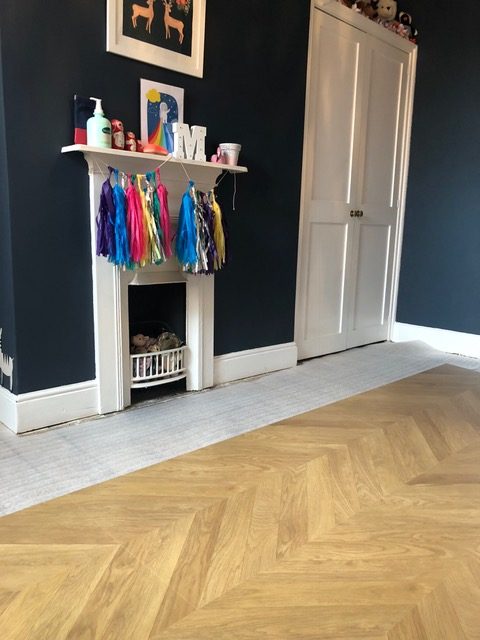 If you need to cut around any radiator pipes using a 22ml wood drill bit to cut a hole and then use a jigsaw to cut up to the hole made the job easier.

You can also buy radiator rings to go around any holes you cut for this to make it look more polished.

We then laid beading or scotia around the edges to finish it off. We used a mitre saw to cut the angles of the scotia and then tacked it to the skirting board. 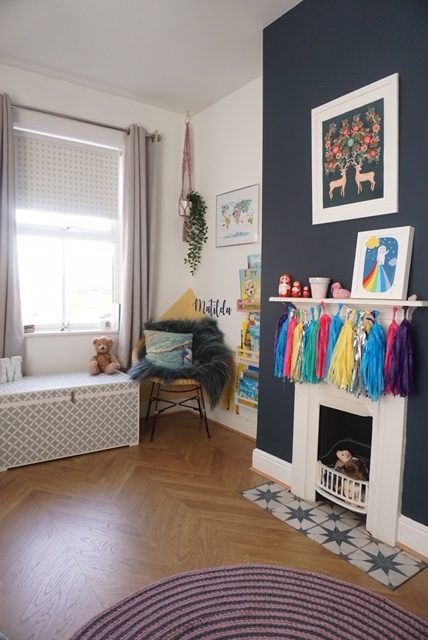 We also decided to lay tiles on top of the old hearth to finish the room off nicely. We went for the Scintilla tiles in Sapphire Blue.

Pro’s (Compared to other laminates)

Cons (Compared to other laminates) 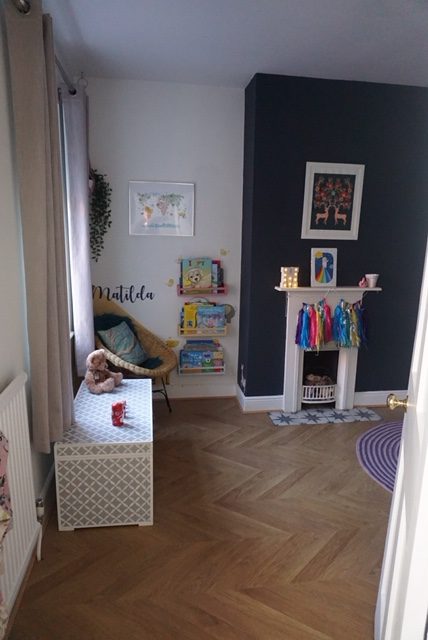 This project took my husband around 12 hours in total (over 3 days) and total cost including laminate, underlay and scotia cost around £290. Adam is no carpenter but has a logical brain and is pretty handy with tricky stuff. If you’re not confident in doing yourself, you’d need to feature in a carpenters labour costs also.

Tools we needed to do this project: 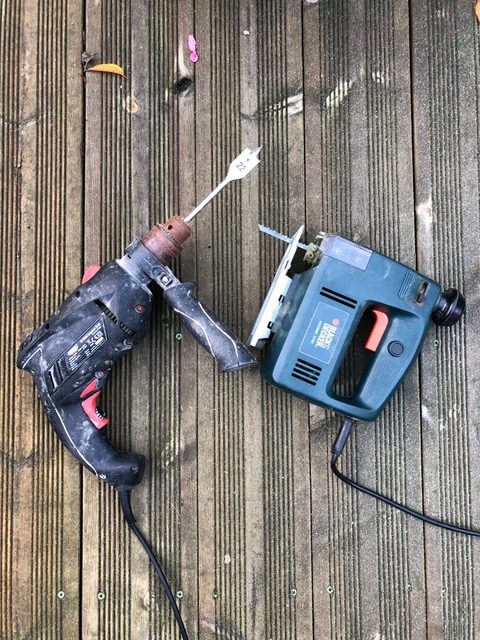 Knee Pads (essential, your bloody knees are in agony otherwise!)

We are really pleased with the finish of this floor and didn’t find it as hellish as we had presumed it may be. It looks solid, feels warm and doesn’t creak or move underfoot. We have found that Matilda’s metal bed squeaks on the floor when she moves in the night so I’ve also invested in some coasters to go under the bed legs, which has solved the problem. 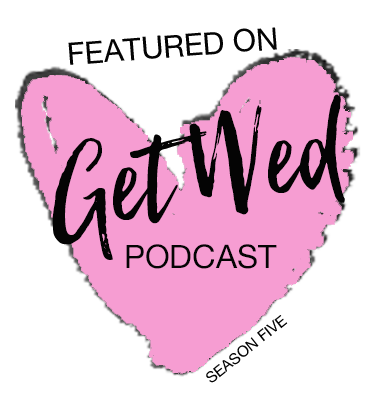